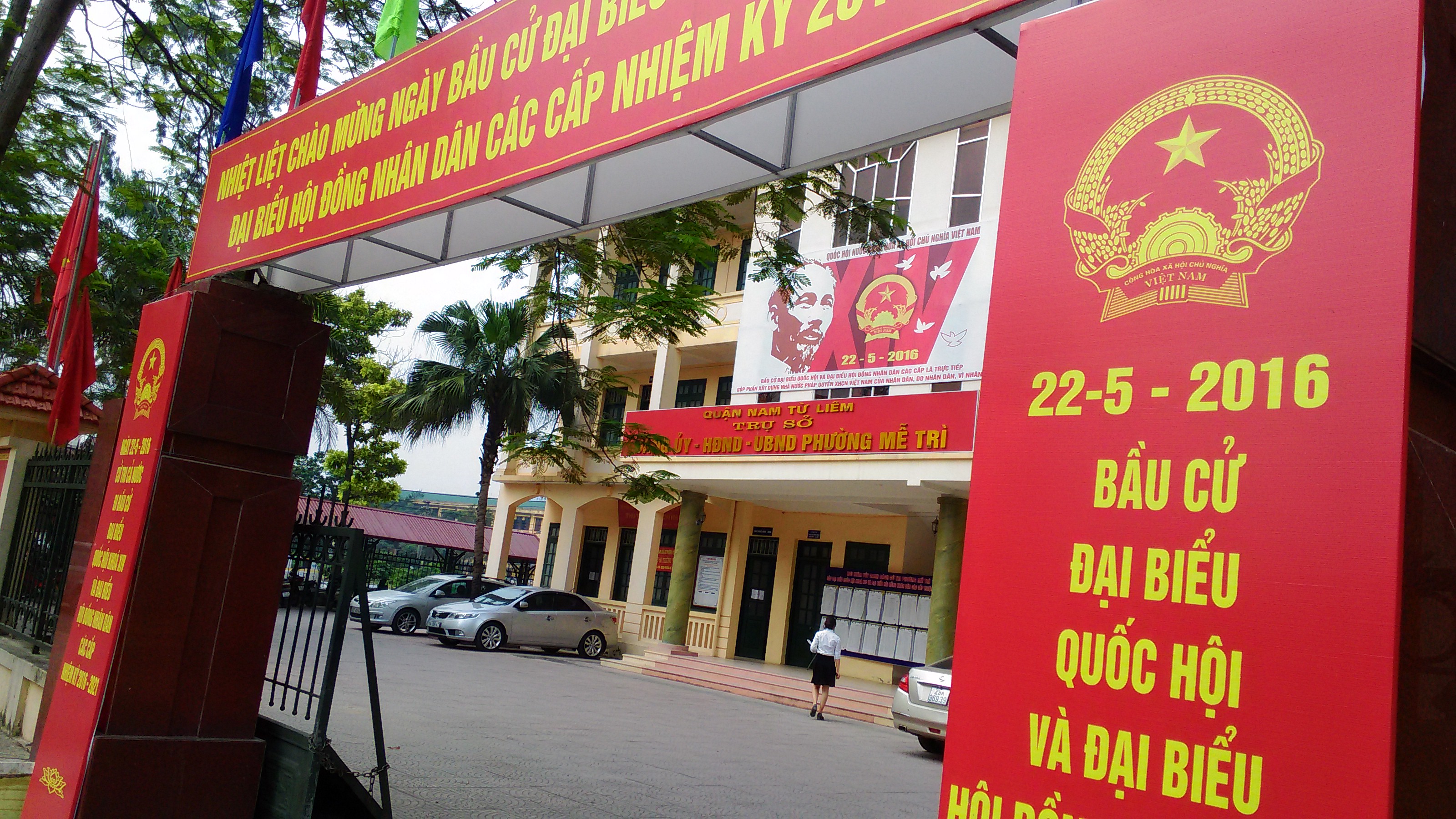 I left Japan for Hanoi on May 6th and came back to Japan the night   of May 11th.

Most of the people there didn’t speak English. Therefore, it was quite hard to communicate with them, especially taxi drivers.

When I asked them to follow the route on google map on my phone, they usually didn’t follow it. Afterwards, my friend told me that most of them didn’t know how to read a map. In addition, if they took a wrong way and charged an extra fee for that, they neither apologize for it   nor discount the extra one. I was quite annoyed.

So, when I returned to the airport, I used an uber instead of a Taxi. That was much better. 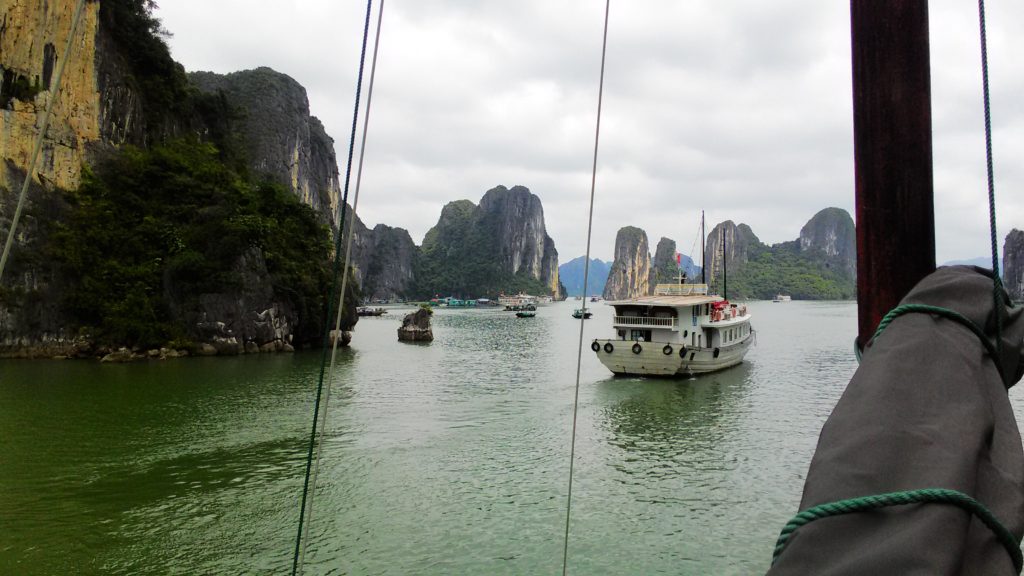 On May 8th, I visited a leather item studio where we could make exactly what we wanted. I made a leather book jacket. The material leather price was extremely cheap. Although it took around 5 hours to finish it, it was really fun.

By the way, the streets in Hanoi City were unbelievably full of motorcycles! I was overwhelmed by a tremendous impact on a chaotic and you-are-there feeling. 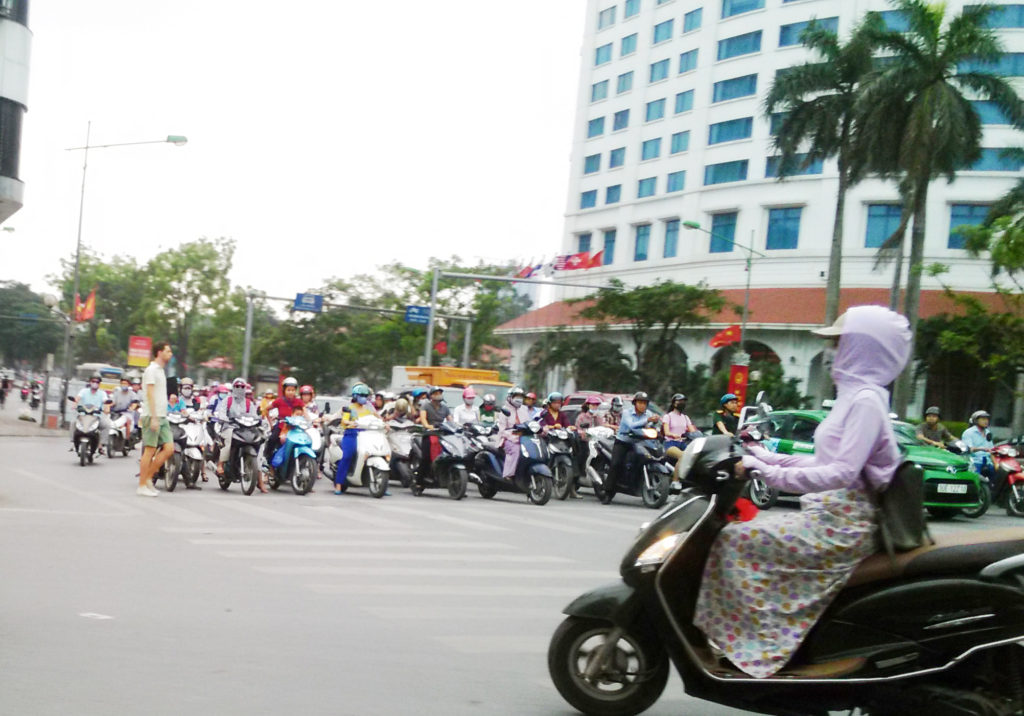 On May 9th & 10th, I borrowed a motorcycle from my friend and took a motorbike tour in the Hanoi downtown area by myself among countless motorbikes. bitThe ride was a bit exciting.  It helped me to understand part of the real life of Vietnamese people. 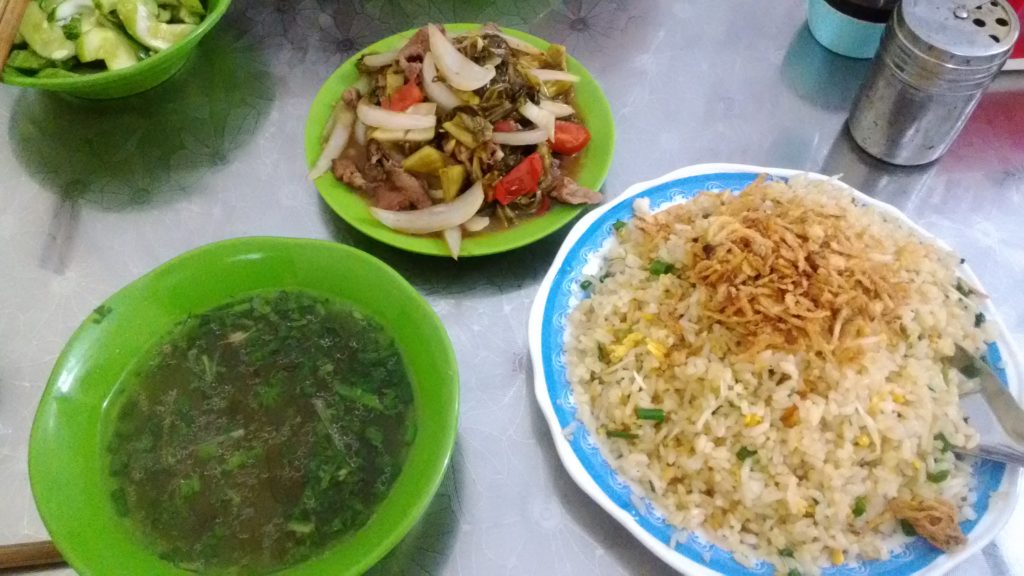 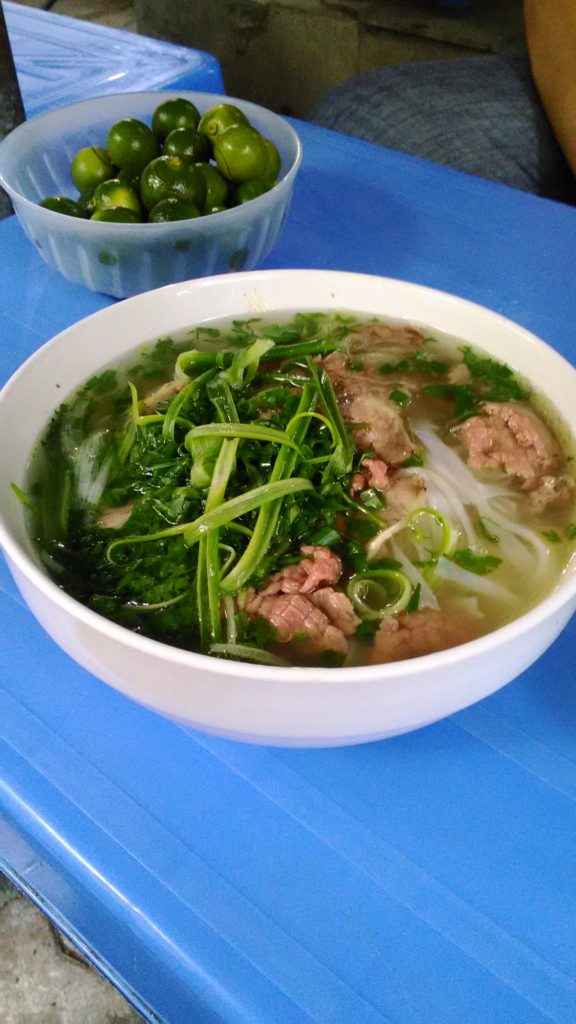 The food there was excellent for an ethnic foodie like me since there were so many kinds of Vietnamese food. My friend introduced me nice restaurants and roadside food vendors. I don’t remember all the names of dishes which I had during my stay except for pho (rice noodle and broth) and Banh mi(Sandwich with French bread). Anyway, I really enjoyed the food there! 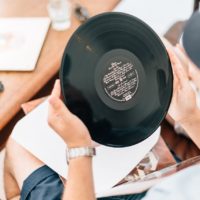 Music at the the Office

The Second Day in My New Company