In the morning I was heading out to the nearest station from my house. It usually takes approximately 15 minutes on foot.

When I got close to the station, all of sudden the  sole came off the bottom of my left shoes ! There was no way to fix it. So, I picked it up from the road and put it into my briefcase.

Although I usually put on brown leather shoes, I chose black shoes out of three pairs of black shoes by chance. It seems that the choice brought me the unpleasant situation.

It was weird to walk with uneven pairs of shoes. I actually tried to walk naturally as if I wore normal shoes without any problem. However, it was hard and didn’t work well. I’m sure people around me easily realized my dumb situation.

Anyway, I got on a commuting train and opened a book. I said to myself, “Don’t think about it too much. That’s nothing. All the people around me are stranger to me. I don’t need to embarrass myself.”

The title of the book was “1Q84” written by Haruki Murakami, one of my favorite novel authors. I tried to focus on reading it and succeeded in the attempt somehow. I read for an hour.

At last, the train arrived at the nearest station to my office. Before getting off the train, I thought I might see someone in my company or my coworkers might find me.

I imagined that they would think, “Why is the public relations manager of my company walking without one sole in his shoes? Is he insane? Does he try to lower our company with his stupid behavior? ”

When I was getting off the train, surprisingly the other sole came off the bottom of my shoes. I said “Gosh…what a strange situation I have!” in my mind. Anyway, I picked it up and put it into my bag again.

However, I became happy since a pair of my shoes finally got to the same level in height. As a result, I could walk as if my shoes had no sole from the beginning. Moreover, the distance between the station and my office was not so far. It took only 8 minutes on foot.

I somehow arrived at the office. I have another pair of shoes there. So, I put on the shoes during work time.

After finishing work for the day, I could put on the shoes when I returned home. However, I decided to wear pair of the shoes with no sole. I just wanted to throw them away in my house.

Therefore, I left my office the no sole shoes. It was not bad in the beginning. I walked to the station near the office with any problem. I got on a train heading for home and arrived at the nearest station to my home.

When I was going up the stairs in the station, someone behind me might have realized that I put on shoes with no soles. But I didn’t care about it much.

When I left the station and started walking, My feet were uncomfortable in the shoes. That was the sound metal material and nails of the bottoms of shoes starting to expose.

As I got close home, the noise from the shoes was getting louder. I felt awkward since a few people were walking towards the same direction with me.

When I got home, I was relieved from the heart. I talked to my family about this weird incident. They laughed a lot. My eight–year– old–son even said “I want to hear the story again!” 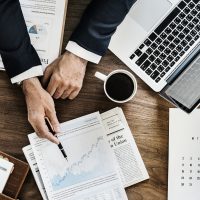 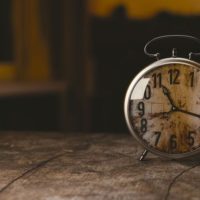